Click here for the latest information on the Coronavirus

Smith County is working to formulate a plan for a new Smith County Courthouse. The intended timeline is to present an initial plan in the spring of 2020, hold additional public meetings throughout the summer of 2020, to ensure the citizens have full and accurate information, and call for a vote on a proposed plan for the November 2020 election date.

From October 2019 through February 2020, 765 people took our Courthouse Citizen Input Survey. If you participated, we thank you for your input.

Once the Commissioners Court agrees on a plan, it will be presented to the community for more input during another round of meetings.

In January 2020, the Commissioners Court began holding Courthouse Planning Workshops to begin discussing specific sites and plans for a courthouse. To view presentations and working drafts presented during Commissioners Court meetings and workshops, click on the links below:

Over the past 20 years, numerous studies have been conducted to assess the needs of the courthouse and the judiciary, and offer suggestions on possible solutions. To view these studies, click on the links below.

Each of those studies have reached the same conclusion--that construction of a new courthouse and associated parking structure are needed to accommodate the growth, logistic and security needs of the county's judicial system.  Although many possible solutions have been proffered, a formal plan has never been presented to the public for a vote. This will happen in 2020, and the community will get to decide what happens with the Smith County Courthouse.

The Story of Our Courthouses 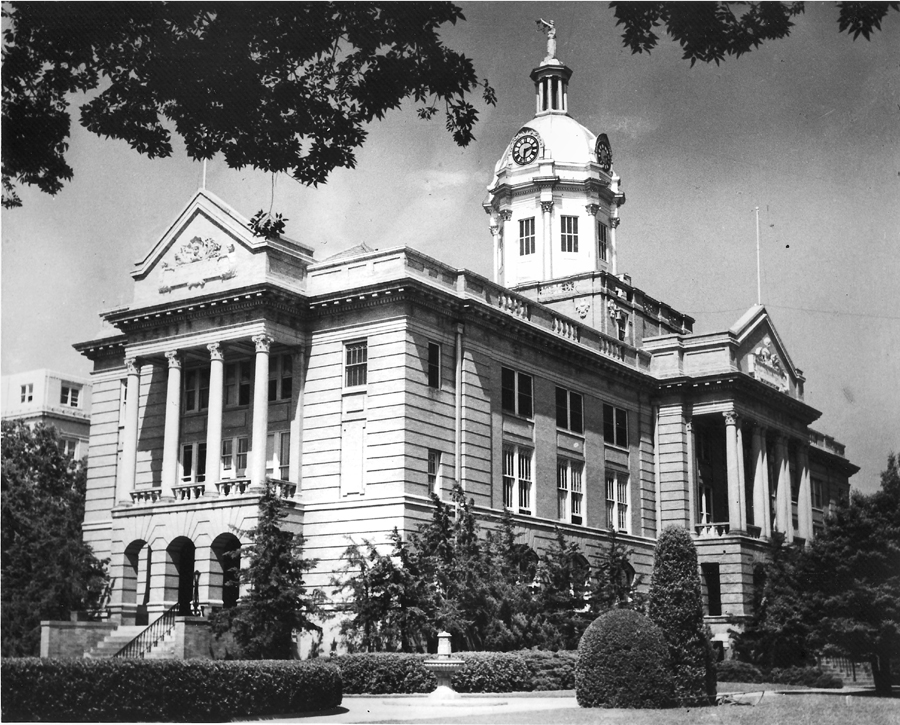 The first Smith County Courthouse was a log cabin on West Erwin Street in 1846. A year later, a new courthouse was constructed of logs on East Ferguson. In 1848, a 520-square-foot log courthouse was built on the square.

The county prospered and in 1852, the first brick courthouse was built in the center of the square. The log courthouse was moved and used as the jail. The courthouse was remodeled and expanded, and was used for 57 years (until 1908).

In 1910, county officials held a dedication for the courthouse commonly remembered in Smith County. Located in the center of downtown, where Broadway Avenue now runs, it was known for its beauty. It was used for 45 years before it was demolished and replaced with the current courthouse. (The picture of the former courthouse is from the Smith County Historical Society Archives, R.L. Falkner Collection). 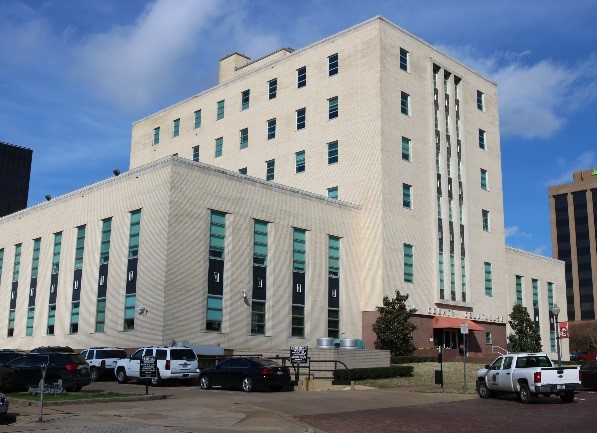 The current Smith County Courthouse was dedicated in 1955, and has been in use for 64 years.

The six-story facility was constructed to house two district courts, two justice of the peace courts, the jail and various county offices.